Get The London (New) Look - Plus Size Dresses for Autumn

A few weeks ago I was in London, which is probably my favourite place in the world to be. Seeing as I don't get to London as often as I would like my days here are often non-stop. I like to pack in as much and see as many people as possible.

One of the days I was there I wanted to catch up with Leighanne from Bump & Beyond and her daughter Darcy. Some of you will know that Leigh and I used to live together and I actually lived with Darcy for the first few weeks of her life too. Darcy was the first baby I held properly and I can't believe how fast she is growing up.

The journey to visit Leighanne in North London is just over an hour of public transport so I knew I wanted to wear something comfortable, especially as I knew I'd be going out in something more dressy later that evening. 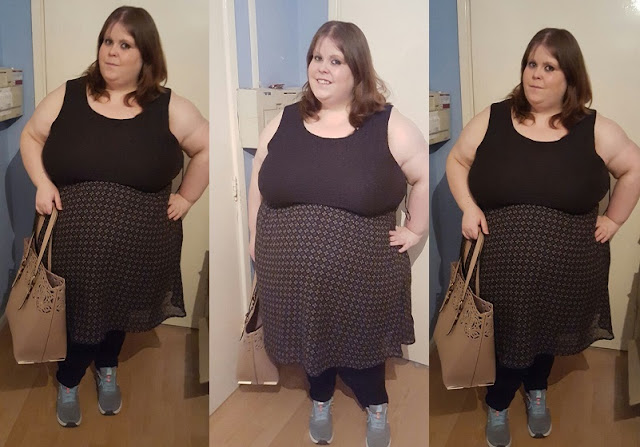 I decided that this dress from New Look would be perfect. It's a darker dress than I would often wear, but I have decided to try and step out of my comfort zone a little. It's a nice dress to throw on and know that you'll be comfortable. It looks great and I would probably wear it without leggings or at least with flip flops in the nicer weather.

Of course it was a standard autumn day - nice and bright but a bit cooler than you expect, so I threw on leggings with it. They're also from New Look - they're high waisted so they give a nice amount of support when I wear them. I found them a bit long, but that's pretty much the story of my life when it comes to leggings! 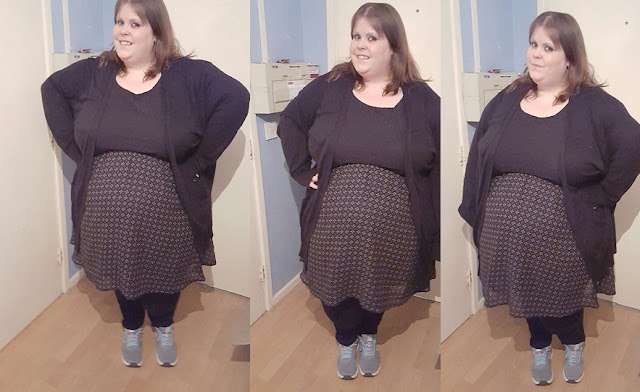 As I didn't know how long I would be waiting around bus stops I thought a cardigan would be pretty wise too! The bag is from New Look  (Pink Laser Cut Out Shopper Bag) and has fast become one of my favourites for every day use. It's a brilliant size to throw stuff into and know that you'll still have room for a bit of shopping if you want to.

And look how much fun Darcy and I had <3 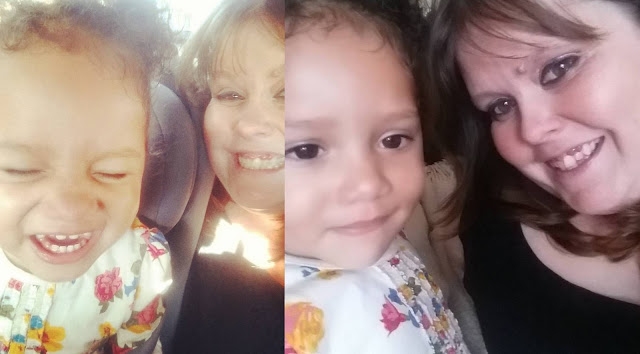 What are your favourite New Look Inspire items at the moment?

Robot Toys That Would Make Great Gifts This Christmas

As someone who doesn't have children, it can be hard to know what to buy the young ones in my family. I'll admit to often taking th... 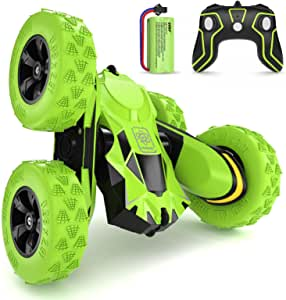