Hard Out Here - Is It What We Really Need?

You know me - I love anything that is body image positive, especially those people who use arts, music, poems etc to get their message across.

I have to admit that I heard about Lily Allens song long before I actually listened to it. With people quoting it's lyrics on Twitter and shouting about how great it was that Lily Allen had waxed lyrical about an issue that is so close to our hearts.


I read the lyrics and really loved what I read:

"If I tell you about my sex life

"You're not a size six


And you're not good looking
Well, you better be rich
Or be real good at cooking
You should probably lose some weight
'Cause we can't see your bones
You should probably fix your face
Or you'll end up on your own
Don't you want to have somebody who objectifies you?
Have you thought about your bar who's gonna tear it in two?
We've never had it so good, uh huh
We're out of the woods
And if you can't detect the sarcasm
You've misunderstood"


I listened to the song and I have to confess to liking it - catchy melody and lyrics I can relate to, what more does a song need?

Now, I guess you could say that if Lily Allen thought she did look fat, then comparing it to someone else could be a good way of getting her point across... But then is dragging another female into a story about your own negative body image really a good step to take?

I have had a little play on Google and have also come across an open letter Lily Allen penned to Cheryl Cole a few years ago.

"Cheryl, if you're reading this, I may not be as pretty as you, but at least I write and sing my own songs without the aid of Auto-Tune," she said. "I must say, taking your clothes off, doing sexy dancing and marrying a rich footballer must be very gratifying, your mother must be so proud, stupid bitch."

Cheryl posted back saying "I have had enough of her and her big mouth," she said. "Over the last few months she has called [Girls Aloud bandmate Nicola Roberts] ugly, which I bit my tongue over. She called [other bandmate Sarah Harding] vile and my husband horrendous, but seems to have conveniently forgotten all of that."

So it seems that Lily perhaps hasn't always been as kind as she could have been... Since then she is said to have made peace with Cheryl, saying

So.. is it OK to be calling other females ugly and then a few years later releasing a song about image and 'setting the bar' of what you should look like? I say, yes. After all, we're all entitled to change and we all grow as people. If she has embraced beauty and can now write about issues such as "You should probably lose some weight, cause we can't see your bones" then good for her!

I really love that Lily Allen has recorded a song about body image and her take on the music industry, I just hope it is for all the right reasons! I love positive body image and I wish more people in the public eye would speak up about it and tell people it is OK to have a body, whatever size that is, that doesn't fit the media norm...I just hope that it's a permanent change in her outlook and we won't be reading negative stories from her in the future

What do you think? 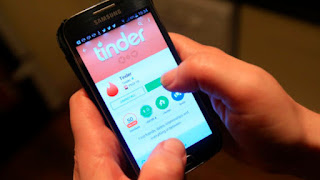