Alternative Ways to Discover the City

Barcelona is a super-touristy city, and it’s little wonder why. Its numerous landmarks and attractions have transformed the city into the second-most visited in Europe. Still, there are plenty of places where you can go to avoid major crowds and still enjoy some impressive sightseeing. 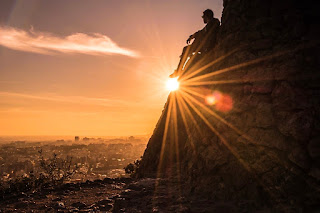 Here are three unusual places to experience the city like a local. 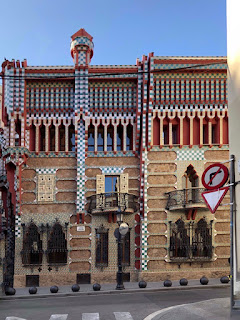 The cosmopolitan and modern Spanish city of Barcelona is home of the genius of Antoni Gaudí, a Catalan architect that expresses his creativity in breathtaking design buildings such as Sagrada Familia, Casa Batló and Park Guell.

They all are worth visiting, but also crowded with tourists. If you want to appreciate Gaudí’s architecture there are a lot of other buildings designed by him that from 2017 are open to the public, so you better hurry and get an inside scoop before they get crazy popular.

Casa Vicens is the first house built by the famous architect and has recently been renovated, 130 years after its original construction. It’s decorated in Eastern-inspired tiles and plenty of floral details, and located on a calm street just steps away from Fontana metro station.

If Gaudí’s artwork has a soft spot in your heart and you really wish to immerse yourself in Spanish culture, consider checking out Spanish school Barcelona. The city offers a life-changing learning experience, in a context surrounded by art and culture. 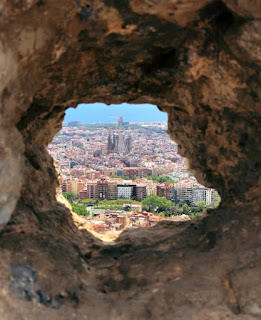 If you need a quiet day above the city chaos this hilltop is a truly hidden gem. Several old underground military bunkers (with a fascinating history beyond their military function during the Spanish civil war) located on the top of the Turo de la Rovira hill, covered with sprawling apartment blocks built for working-class immigrants in the district of El Carmel.

The place offers one of the best viewpoints across Barcelona, and as it’s a less-touristy spot, you will have enough space to relax watching the sunset surrounded by locals (they go there to socialise).

From there you can see many of the most popular landmarks of the city, such as the unfinished and controversial Sagrada Familia, Gaudi’s masterpiece.

Please note that the hilltop it’s not very accessible due to the absence of stairs. If you go, just make sure to bring comfortable clothes, trainers and some water as well, because the hike is a bit tiring.

Spanish chocolate is absolutely delicious and has a long and fascinating history. If you are obsessed with chocolate, this museum will probably become your favourite spot in Barcelona.

Located in the Born district, on the ground level of the former convent of Saint Agustine, the Museo de la Xocolata is a private museum owned by the city pastry-makers’ union that shows the history of chocolate in Europe and its manufacturing through different phases: from the cocoa bean up to industrial production processes.

Many of the displays are chocolate sculptures (including Barcelona’s famous buildings), so the smell of chocolate is all over the place, teasing your appetite.

The museum has several areas (although is one of the smallest museums in Barcelona): the area where history is explained, the place to see the making, and of course, a coffee shop where you can treat yourself with a slice of chocolate cake or a big cup of fresh and delicious hot chocolate.

You can also visit Chocolatería Valor - even though in Barcelona city centre - for delicious churros and coffee (locals love meeting there in the afternoons).

To say that Barcelona has plenty of places to visit is an understatement. Of course, most of them are swamped with tourists, but, as you see, there are cool alternatives that are just worth seeing as the popular places everybody knows. Do your research before you go!