Size Doesn't Come Into It!

I must have missed it the first time around, but apparently not so long ago a film critic refered to Melissa McCarthy as a 'hippo'.

Back in February, film critic Rex Reed reviewed Ms McCarthy's new film, Identity Thief  Apparently he was less than impressed with the film and certainly didn't hold back on his feelings!

Whilst you could say that the long standard film critic was only doing his job I think that calling her 'tractor sized' and a 'humongous creep' was taking things too far! Personally, I haven't seen the film so I don't know if it is any good or not, but is Mr Reed there to review the size of Ms McCarthys waist or her more than obvious talent for acting? 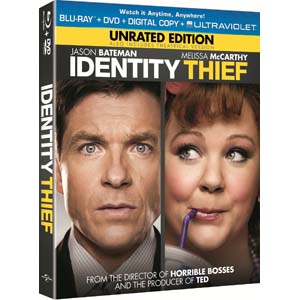 Melissa McCarthy made a name for herself when she stared in hit American comedy Mike & Molly, from there she went on to film Bridesmaids which saw her really be recognised as the fantastic actress that she is.

There can be no denying that the actress is on the heavy side and even she doesn't shy away from mentioning it in interviews.


"Sometimes I wish I were just magically a size six and I never had to give [my weight] a single thought"But I am weirdly healthy, so I don’t beat myself up about it -- it wouldn’t help, and I don’t want to pass that on to my girls."

Other comments that Rex Reed used in his 'review' include called her 'obese and obnoxious with equal success' and refering to her as a female hippo.


What I do not understand is why people allow such garbage to be printed?

This 'gentleman' is paid to review films & very good he apparently is at it. However to me that means she can comment on the plot line, the acting and everything else surrounding the film. However big or small the characters are in the film does not come into it, especially when you want to make such damaging and hurtful remarks, which add no substance at all to your write-up!